Well we had a foreign exchange student for about two weeks. He just went home last Saturday. We had him from August 13-25th. We were supposed to get him on the twelfth, but his flight was delayed. He was a fourteen year old boy from Japan. It was an interesting experience. I now know how to make Miso Soup (a simple soybean based soup that Japanese people eat for breakfast). If you want the recipe I used, click here. My student's name was Reo. He and one of his Japanese friends ate some, they liked it and said it tasted pretty close to what they eat in Japan.
While he was here Ryan took him boating at the local Sandy Reservoir--He LOVED that. I got a "Thank you" phone call around eleven o'clock that night from Japan. His "Auntie" called to tell me they were really nervous to send him, and they were so happy to hear that he was placed in a good home. We also spent one of the weekend nights up on Kolob Mountain at my husband's family cabin. We repaired fences on our farm one night (the boys kicked around a ball while I helped Ryan). Ryan also took Reo to play indoor soccer one night (Reo is in a soccer club in Japan). We made a few trips to Walmart, he LOVED jumping on the trampoline with my two little boys. One night they got out the hose and soaked each other all over. Brycen kept spraying Reo (which Brycen usually does to Tucker), so Reo took the hose and SPRAYED Brycen back. It was about time fro Brycen to have an "older brother" figure pick on him a little for a minute. All in all, it was a pretty neat experience. I am not sure if I would do it again, if I do, I think I will ask for a girl (just to spice things up a little more). . .
Posted by Tigger at 8:51 PM 1 comment: 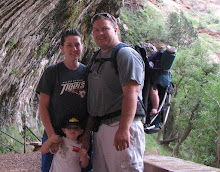 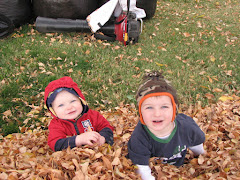